by Licia Berry | Jan 7, 2010 | Athena's Library, I AM Her Daughter, Licia's Observations, The Frontier Inside 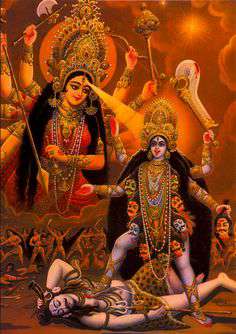 Kali, a face of Dark Mother, defeating a demon

I’m not a scholar on Christian holy days; I observe spiritual traditions that make sense to me, that have personal meaning to me.  Until yesterday, Epiphany flew by unnoticed.

The 12th day of Christmas, Epiphany is the oldest of the Christmas festivals and originally the most important.  It is the day traditionally celebrated in Christian culture as the day the Magi arrived to behold the Christ child.

“The word epiphany comes from the Greek noun epiphaneia, which means “shining forth,” “manifestation,” or “revelation.”  In the ancient Greco-Roman world, an epiphany referred to the appearance of one of the gods to mortals.  Since Hellenistic kings and Roman emperors were considered by many to be gods, the word epiphany was also used as a term for divine majesty.”  (source: http://www.stpaulskingsville.org/epiphany.htm

Yesterday was a day in which it felt like many veils were lifted between my eyes and the larger spiritual container I live in.  I had so many revelations, and indeed, one very important “manifestation”, that I once again feel affirmed in my belief that there is a larger energy that holds us all, and that if we align with it, magic can happen.

I sat in the morning for my inner guidance time, which I typically create several times per day (and always at night before bed so that I can bring my consciousness to anything pertinent while my body sleeps).  This is my time to be still, listen and feel my connection to the Whole and a larger perspective on my life. My usual pathway of access opened up, and I felt the familiar alignment click into place.  As I awaited the presence of higher consciousness in my mind, I felt a new (yet very old and familiar), somewhat different presence move in from the left of center, supplanting my usual interface with the Divine.

“Who is here?” I asked.  A vast, deep silence, a feeling of gravity, immense power in my belly and sweetness in my heart was the response.  I sat quietly straining to hear with my inner ears, but I couldn’t quite make out the name.  I asked, “Are you here to aid me in my highest good?”  Yes, I was told, and I felt a rush of goodwill pouring through me.  “Are you accountable to the light?”  I asked.  I heard, No, I am accountable to the dark.

This is when I started squirming; my early Christian preschool indoctrination formed my young, developing mind into a good versus evil bent, and I struggle to this day with unconsciously perceiving light as good and dark as bad, even though I know consciously that this is not true.

My resonance lies with the yin/yang symbol, in which the darkness and the light are simply two halves of existence that balance one another, and are therefore necessary for the Whole.  It is our small, human minds that place judgments on qualities of energy such as light and dark, calling them names and putting them in little boxes so that we can feel more in control.

I have also studied the Goddess traditions extensively, and know that darkness, a symbol for the womb, for the void, for the night, for the face of the new moon, has been vilified ever since patriarchy reared its adolescent grab for power on the planet.  I know from hard won experience that anything we demonize warrants a closer look to see what we are projecting onto it.

I heard this Being that had entered my holy space speak that it was accountable to the dark, and took a breath.  “Who are you?” I asked again.

I am the Dark Mother, She answered.

I sat quietly, stunned at the simplicity and precision of this revelation.  I then proceeded to ask several clarifying questions, the first of which were asked to make sure I was safe to be interacting with this powerful yet benevolent energy, and the latter of which resulted from my increasing feelings of bliss and excitement.  Many moments later, I was in tears as I accepted Her, and felt myself in the arms of my truest Mother.

Over the course of the day as I opened further to this awareness, my epiphanies ranged from seeing how the Dark Mother had been in my life, (very clearly had I eyes to see Her) for several years, to feelings of being Home.  The work I had begun in 2005 to embody the Divine Feminine was inspired by Her.  The goddess Kali (the Destroyer) seemed to move through me as I confronted harsh truths in my family and in-laws; the relationships did not survive this rigorous exposure, much to my sorrow.    Images of the Black Madonna, which I’d written an extensive article about in 2007, flashed through my mind.  The many essays and radio shows and personal experiences of the Sacred Feminine that I’d processed and offered to the world as a road map fell into place. 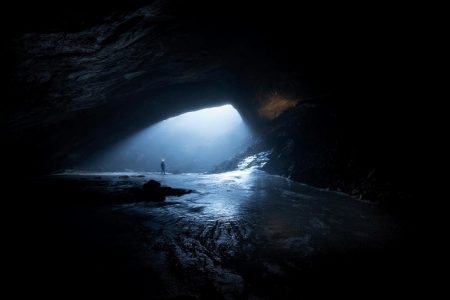 As a woman who resonates deeply (as well as recognizes within myself) the Sacred Feminine energies, I have spent time getting to know the several faces of the Goddess.  I remember in 1999 that Mary the Mother was the first face of the feminine I began to interact with as an adult.  She was safe, a clean symbol of goodness and light, and a good start for a woman fearful of her own feminine energy.

As a child, Isis was a frequent companion, but over the years I lost my sense of her.  She came roaring back into my life in 2001, when I got the tap on my shoulder to come out of hiding as a healer, and opened my energy work practice in downtown Asheville NC.

Then other faces of the Goddess began to emerge in my consciousness.  Lakshmi, Athena, Saraswati, Innana, Tara, Quan Yin, Sekhmet, Brigid, Astarte, Diana, Cybele, Hecate, Demeter, Kali, Cerridwen, Persephone, Sedna, Lilith, Mary Magdalene, Amaterasu, GrandMother Moon, Spider Woman and more.  As each of these treasured and varied Faces of Her visited me, I interacted with their archetype and integrated them into my own awareness, making those aspects within me conscious.  It has been a remarkable journey of awakening, and reclaiming what is as old as the hills within my own psyche.

However, my names for Her never included the Dark Mother, perhaps because of my subconscious association of dark with evil.

I had heard of the Dark Mother as a name for the fierce Goddess Kali, She who oversees death and rebirth, and so I had approached the Kali archetype with a large perimeter and a considerable dose of respect.

I knew the acknowledgement and appreciation of the darkness that comes with shamanic practice, in which the journeying through the various inner worlds must be discerningly and powerfully navigated.

Darkness is the necessary tumble down from false light.  It strips us bare, just as the goddess Inanna was stripped of her title and finery when she entered the Underworld.  The dark reveals our deepest wounds, the demons inside that threaten to undermine the world.  No illusion is safe.  Truth is the ultimate currency of Dark Mother.

I had experienced the darkness of entering initiations, and coming through into the light, being reborn.

And I had experienced the darkness that came with fully exploring the archetypes of some of the previously mentioned faces of the Divine Feminine….darkness in the sense of exploring in unfathomable places in my psyche, such as deep, winding caves and caverns, traversed along with my sister Innana, and at the bottom of the sea, along with my underwater kin, Sedna.  Darkness in the sense of moving through what cannot be seen with the eyes, but must be felt and experienced through the inner worlds, where great treasure is yielded for those who have the courage to undertake the journey.  The Darkness that comes with being the woman scorned, reviled, projected upon for being intelligent, spiritual, equal, and for simply occupying the earthly, powerful body of a female, as our blessed Mary Magdalene.

How magical that on this day of January 6th, 2010, which I have just now learned is called Epiphany in the Christian tradition, that I would be visited by my own “magi”, or sage, in the manifestation of the Dark Mother, bestowing gifts upon Her child.  Thank you, All That Is.