…and the Balanced Defender 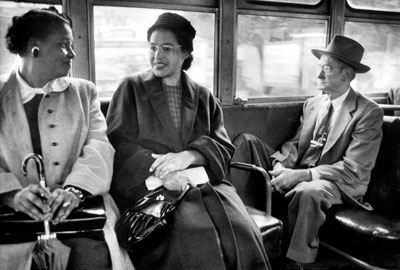 Continuing to go down the rabbit hole of exploring my inner masculine and inner feminine dynamics in the name of integration and balance…if you notice smoke coming out of your ears, may I suggest a cool ginger bath?  🙂

Once I realized the imbalanced state of the Defender aspect of my inner masculine, I was mortified.  I had seen my inner emasculated masculine in the way I frequently did not speak up for myself when a boundary had been crossed, or the hyper-masculine in the way that I would cut off from my feelings of empathy and connection (feminine) and express (expression is masculine) something in a harsher way than I could have to my husband or sons.

Of course, it made sense that I developed my inner masculine the way I had; my masculine role models were alternately aggressive, dominant or critical (hyper-masculine), weak, failed to protect me when it was needed, or distant/absent.  I did have some middle-of-the-road modeling in certain areas of the masculine, so I was able to internalize that, but in the protection/defense department, I was sorely lacking in supportive training.  What we see as we grow up is what we believe to be the standard, and my standard needed updating.

I asked Great Father, my name for the father aspect of the Divine Masculine dynamic to help re-train me.  I was guided to look for examples of balanced defenders in the world in order to inform myself about what that looked like.  This was so helpful, as I am a visual learner and also learn by example!

I noticed when I heard or watched stories about balanced defenders that I would feel my blood rise, my feeling of righteous justice would be activated…as if I could call up the same feeling, as if the feeling of wanting to protect/defend was universal.  (It is.)  This was informative; it told me that I was not a lost cause, but that I could indeed be shown how to align with the balanced masculine Defender because it was already within me.

Some examples of balanced defender might include giving ourselves permission to have our own unique point of view despite what others may think, speaking up when someone tries to interrupt us, protecting a child from a threat, protesting against actions that threaten the Whole.  Any time we set a boundary, we are defending something that we care about, and this action in and of itself is a masculine dynamic.  But what makes defense balanced is acting in accordance with the discernment, connectivity and wisdom of the feminine.  THAT’S what makes it balanced.

Defense uninformed by the feminine is defense without regard to the bigger picture.  The masculine principle, in its quest for individuation, can defend something that does NOT serve the Whole, such as a corporation that creates major environmental issues in the name of profit.  To bring it closer to home, we can defend an idea or belief that we learned but that has not passed through our inner feminine’s ability to feel whether that belief is truth.  The feminine principle informs the masculine principle about what needs defending, why it needs defending, and how to do it in the most supportive way.

Thus begins my sharing about why the feminine must come to balance within us FIRST in order to bring the masculine to balance.   I will be writing more consistently here on my blog about what I’m learning in my quest for feminine/masculine balance within.