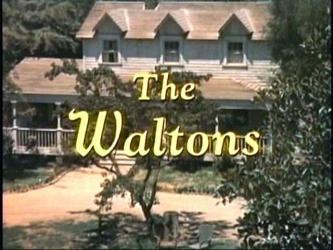 My husband and I have both been very interested in systems; I see this in my writing, in our art work, and in the way we both think.

Also in the way we raised our family.

I think our interest in systems stems from feeling the difficulty in being part of fractured systems as we grew up.  Our families, our schools, our culture all contributed to an awareness that we were cogs in larger dynamics that operated in a collective way and expected cooperation from us in order to support the system.

What is a system?  Basically, it is a cooperation between parts, under an agreed upon intention, to make a Whole. (not an “official definition”, but one that works quite well for me!)

A few examples of systems:

·       The United States (the states are the parts constituting the Whole; each state is a system of its own, as well as each city, town, village, hamlet, or any other agreed upon defined entity.)

·       And so on…(this list is by no means complete-that would take forever!  These are just a handful of examples!)

As you may have surmised, everything that exists is a system.  There is not one thing in this universe that operates in isolation.  There is always interdependence, partnership, interconnection.  Interconnected parts creating a Whole is how the universe works.

Nowhere has this been more obvious to me than in my family of origin.  Issue upon unacknowledged issue created great gaps in the integrity of the structure of the system, resulting in a broken family.

I decided as a 7-year old when I watched “The Waltons” on our little television that someday my own family would be different.  The Waltons embodied caring, truthfulness, strength, willingness to deal with pain and problems.  They were poor, but they were so very wealthy in their connection and strength as a family.  Little did I know that this heartfelt desire is what would drive me to relentlessly pursue consciousness.

And my marriage has been the same way; I saw my parents suffer due to their unacknowledged issues, and to create suffering for others as they lashed out in their own pain.  I resolved that my marriage would be one in which love overcame unkindness and consciousness trumped unconsciousness.  A tall order, to be sure.  My husband must be one courageous warrior of the heart to have picked me 25 years ago as his bride!

We have just celebrated the end of a monumental 7-year cycle in our marriage and family.  Beginning in 2003, we have looked hard at the ways our family systems and culture are fractured, vulnerable, lacking integrity, and hiding from truth.  At times we have disengaged entirely in order to see the systems from the “outside” (see about our “crazy” family journey at http://www.berrytrip.us).  Once the detective work of locating those issues is done, then comes the work of repair, bringing balance.  Or deciding not to be part of that system any longer.

These last 7 years have changed us, and taught us so much about how systems work.  We will continue to assimilate and build upon the body of knowledge that we’ve acquired, and hope that our efforts will result in deeper, more stable relationships with our children and their someday families.   And that we can have a positive effect on the planetary collective system that we are all a part of!