The Ceremonial Hole – Into the Earth for the Dark Work

I know this Hole well. It’s the one I fell into when i began my recovery from childhood abuses back in 1989. Back then, it felt like a slippery-sided aluminum can big enough to hold the whole world.

it was dark, cold, and impossible to climb out of by myself. The walls were slick and smooth, nowhere to get purchase or gain footing.  The walls echoed with my piteous cries. I was more miserable than I could remember ever being in my mostly unconscious twenty four years of age.  The way out was through the gift of a kind therapist and my new husband. The therapist put down a ladder so I could climb up when I was ready. My husband provided the loving voice from the top to urgently request that I join him in the sunlight. It was through their efforts that I had the courage to plunge into the darkness (unconsciousness) of my psyche and heal.

I’m in that Hole again, but I’m not alone. My husband recently remembered some horrific childhood abuses at the hands of family members and it broke him open. He descended into the Hole a few months ago, and in my efforts to save him I jumped down into the Hole with him. 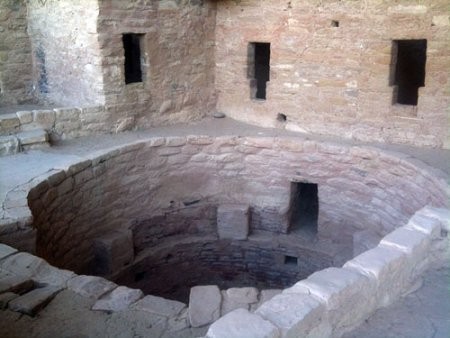 These words that I wrote in March of 2018 were too sad to publish. At that time, I was hanging on with every thread of my healed psyche to hold space for my beloved’s descent into his unconsciousness. It took everything I had to remain in the marriage, and to see him back into the sunlight.  The effort was exhausting, and I am still recovering.

We do this for the people we love, yes? We see them drowning and throw ourselves into the waters to save them, sometimes to our detriment.  Sometimes they don’t have what it takes to be saved, to heal.

What does it take to heal?

Willingness. That’s it. That’s all that a human being who has been through hell needs to move through the experience, assimilate and integrate, and come through the other side. Yes, there are many tools that are used to heal, but the most exquisite, hand-crafted, effective tools in the world lay on the ground until we are willing to pick them up.

I jumped into the Hole to save him. Stupid? Yeah, probably. Dumb? Yeah, definitely. Effective? Almost certainly.

Women jump at the first sign of trouble when their children are in danger. (At least most would.) We have an innate maternal and protective instinct that kicks in without our choosing. And sometimes we do this for our mates, as well.  We are tied to them, we go where they go. At least this is the kind of relationship my husband and I have had. So when he went into the Hole and couldn’t get out, I jumped in to build a ladder with my tools.

We waited a long time in the Hole together, when I realized I could not save him.  As much as I love him and want the best for him, I cannot control his level of willingness.  I realized I wanted him to recover more than he did. And I used my tools to build a ladder to get myself out of the Hole.  At the same time, he became willing to move forward in his recovery, healing and integration. 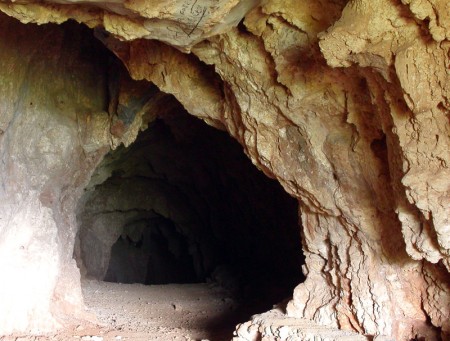 Now we are both out of the Hole. We are moving forward into a future I can begin to see. We’ve come to a new understanding of our last 2 years. We are good.

But it was dicey for a long time. It reminds me of how we can be in a dark, hard place internally, and that it is part of life to have the dark night of the soul. It is part of life to go through a passage in which faith is suggested but willingness is required.

The Hole is a sacred place, ceremonial ground for transformation to occur. The entrance and exit of the yoni…the birth canal, the gateway between worlds.

The Hole is a portal into another dimension, one which shamanic cultures utilize to travel between the Upper, Middle and Lower Worlds. Indigenous cultures almost universally concentrate effort around a Ceremonial Hole, either as the evidence of their creation story (like the “sipapu” , the symbolic entrance to the underworld in kivas) or as the location for other Star Ancestors to visit their children on Earth.

The descent into the Earth for death/rebirth is an ancient story (such as the tale of Inanna) and it is a true act of Initiation.  Only the strong survive a trial that pushes one to their every limit. Once survived, Initiation moves us to be reborn, more than we were before, as we ascend back into the light.

There is ancient tradition, too, of Holes being used for Hiding from View…hiding things in the ground, hiding people in basements or subbasements, concealment, and burying to make someone or something “disappear”, be forgotten about. Or to save it for the future when the environment and conditions are safe for its re-emergence.  The psyche works this way, too.  What we hide deep in our subconscious/unconscious will remain hidden until the time is right.

In the hit series Twin Peaks, Nez Perce Tommy “Hawk” Hill was Deputy Chief at the Twin Peaks Sheriff’s Department, and speaks of the “Black Lodge” as from the mythology of his people. He describes it:

“There is also a legend of a place called the Black Lodge: the shadow self of the White Lodge, a place of dark forces that pull on this world. A world of nightmares. Shamans reduced to crying children, angry spirits pouring from the woods, graves opening like flowers.  The legend says that every spirit must pass through there on the way to perfection. There, you will meet your own shadow self. My people call it ‘The Dweller on the Threshold‘ … But it is said, if you confront the Black Lodge with imperfect courage, it will utterly annihilate your soul.”

Hot and cold natural springs, pools, and cenotes are entrances to the deep under world, where we can bathe in the “broth of the mother”,  amniotic fluid of the Earth’s womb. We tend to seek out this kind of Water Hole, entering them with glee and pleasure.  It’s fun to flirt with the profound and transformative presence of power underneath those seductive waters.

Entering the Ceremonial Hole is often our choice. The decision to yield to the power of the Dark Den is where our control ceases, however. The journey once inside is a surrender like any genuine spiritual quest requires.

What if the Ceremonial Hole comes looking for us instead?  The deep power of the underworld can seek us out if we’ve missed a date with our destiny.  I am aware that this is what happened with Peter and I as a Unit. We had dark work to do together and delayed until it found us. 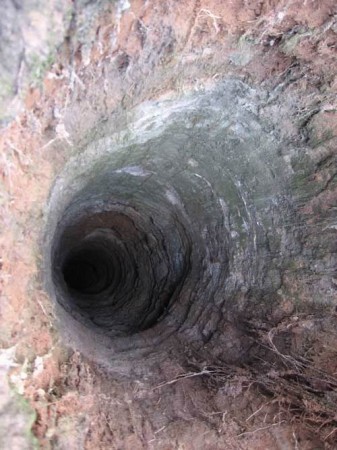 Mysterious anomalous holes are opening up in the ground in the Kaulga Region of Russia.  Is this Earth’s way of saying we have missed a date with our mutual destiny? As climate change has riveted our human attention, is the raw presence that lives and evolves, the organic being we call Earth/Gaia, opening Her body to invite us in to be transformed?

If we enter into the womb of the Mother, we might be reminded of the grave, a true, final return of the body to the earth from whence it came. Our frail mortal coil is made of the elements of our planet after all, and we will give our unique combination of those elements back when we are done borrowing our body from Her.  In my 2016 book I Am Her Daughter – the Healing Path to a Woman’s Power, I argue on behalf of Great Mother for Her plea, “Give your body back, it belongs to me.” It just makes sense that we return what we utilized and contribute what we learned to the bank of collective memory that informs life on this planet.

Will we go willingly, will we lead our frightened parts of self into the Ceremonial Hole?

The Dark Work is like falling into the welcoming arms of The Mother. Once we stop resisting, the relief and the opening of the heart occurs. Out spills our grief, the sadness from the loss of forgetting Her sweet embrace. How much we need Her. Don’t you remember when she dropped you off at kindergarten on the first day of school…some of us cried when she left us to that unfamiliar classroom full of children and a “new mom” (teacher).  After awhile, we got interested and curious, present to the flow and rhythm of the day, and forgot about her. Then when she came to pick us up at the end of that first day, many of us cried at the sight of our mothers because we remembered that she left us…we remembered how much we missed her.  Until we saw her, we didn’t remember how much we need her.

This is the promise of the Ceremonial Hole…that we will be transformed utterly, different than before. 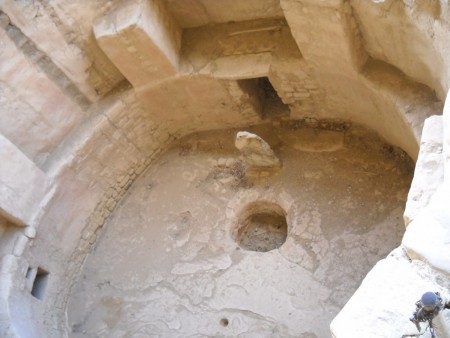